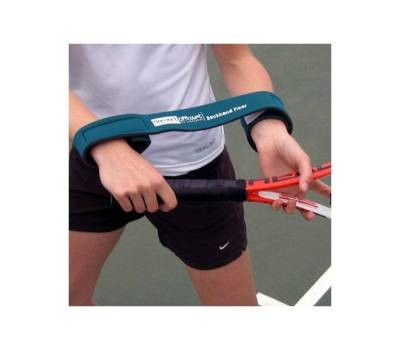 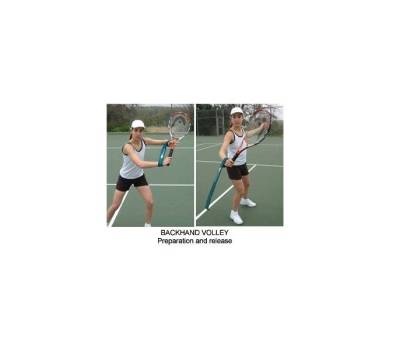 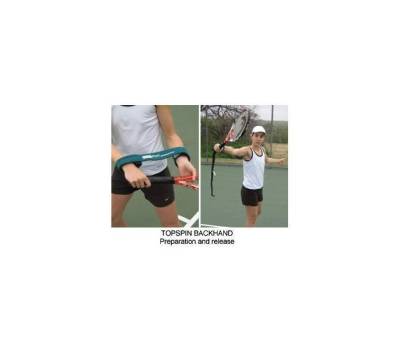 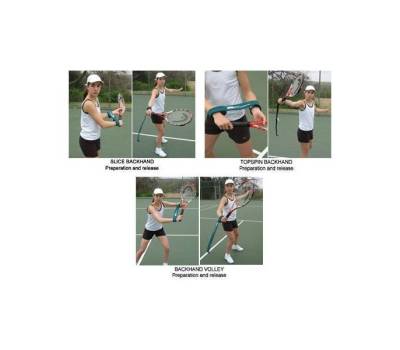 Too many players incorrectly hit one-handed backhand strokes with an isolated arm motion as a one-armed shot and more or less "poke" at the ball with a tense swing. Instead of using both hands in concert, they look like what some teaching pros call a "one-armed bandit" similar to the slot machines in Las Vegas. Instead, the non-racquet hand must be actively involved. For a right-handed player, the left or non-racquet hand sets the racquet in position. At this stage, whether it be for a topspin one-handed backhand, a slice backhand groundstroke, or a one-handed backhand volley, the right or dominant hand is relaxed on the grip. This is when the Velcro on the Backhand Fixer remains in place around both wrists.

The Backhand Fixer can help all levels of players. It guides beginners to "feel" the correct biomechanics right from the start. It helps intermediate players who are looking to gain a rapid feel or kinesthetic awareness of the correct swing. And it will also reinforce the right technique for advanced players. Instructions included.