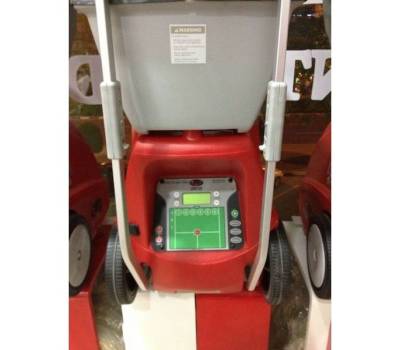 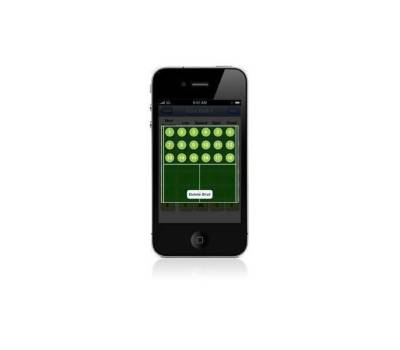 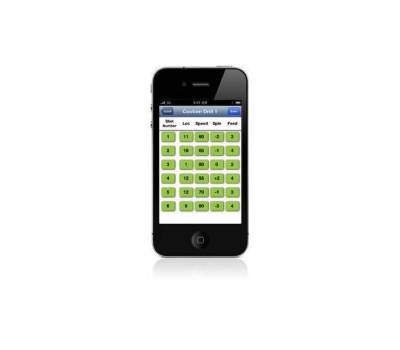 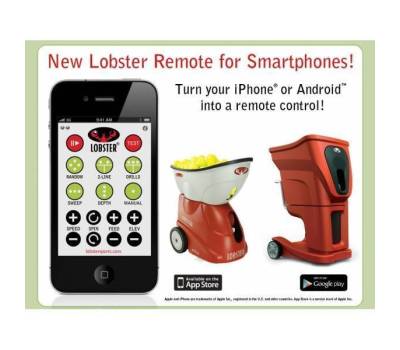 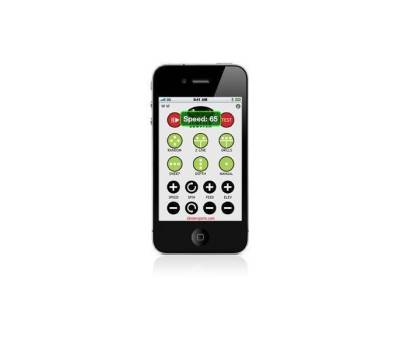 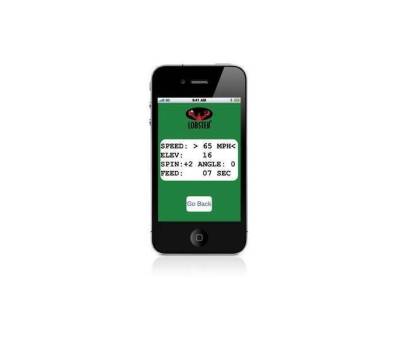 Delivery time for this machine is currently up to 60 working days from the purchase date (please, contact us to check the availability).

LOBSTER Elite Grand V features 12 pre-programmed shot drills, simulating the most popular styles of play: grinder, all courter, power baseliner, moonballer, slicer, lefty, approach, attack/defend, forehand plus, beginner, intermediate, and advanced. The drills mix up the speed, trajectory and spin. This machine also offers programmability which allows you to program your own custom drills and store them in memory. Comes equipped with a state of the art digital control panel. 2 year warranty. Comes standard with Fast Charger. One of the most advanced ball machine offered by Lobster Sports!

Dear Customer please be reminded that the charger is not included! Please choose the options below.

The Elite Grand V offers cutting edge technology allows you to program shot locations, speed, spin, and feed rate, too. The variations of shots are infinite. Create personalized drills capable of simulating true match play. Anyone can transform the weak points of their game into areas of complete domination.

The Grand V offers a revolutionary design allows the machine to throw balls throughout the entire spectrum of the court mixing up speed, spin, trajectory and oscillation. This fully random technological advancement allows for the Grandslam V to realistically simulate true match play, a feature that is unsurpassed by any portable tennis ball machine on the market.

The Grand V portable ball machine is also equipped with six pre-programmed six shot drills that simulate the most popular styles of play: grinder, all courter, power baseliner, moonballer, slicer, and lefty. These incredible drills mix up speed, trajectory, and spin to prepare you to play against the world's elite! With the press of a button, you can now practice against the playing style of your choice. In addition to the six style drills the Grand V is also equipped with six exercise drills: forehand plus, attack/defend, approach, beginner, intermediate, and advanced drill for a total of twelve pre-programmed court drills. These drills will allow you to develop not only your tennis stroke, but will enhance your court positioning and strategy taking your game to the next level.

In addition, the Grand IV is equipped with the most extensive 3-Line function found today. With its three versatile positional settings; Narrow, Medium, and Wide, you can groove your forehand and backhand ground strokes or use it as a great way to warm up your shots.

Beginners need encouragement and success. This 6-ball drill is meant to help beginners improve and build confidence. Balls are fed into the middle 50% of the court, at slow to medium speed and land in the area between the service line and 9 feet in front of the baseline. Beginners should try to hit all 6 balls to land past the service line on the opposite side of the net. A more challenging variation is for the hitter to call out which side of the court they are aiming for (crosscourt or down the line) before striking each ball. Hit 6 balls and then pause the machine to simulate a relatively long point.

Intermediates need to be challenged to reach more advanced levels. This 6-ball drill will help intermediates improve their court coverage and execute a variety of shots. The goal for the hitter is to land all 6 balls behind the service line with 4 of the 6 balls to land in the deep half of the backcourt area as shown in the diagram. Hit only 6 balls at a time and then pause the machine to simulate a relatively long point. A more challenging variation is for the hitter to call out which side of the court they are aiming for (crosscourt or down the line) before striking each ball.

Advanced players need to be challenged by pace and placement to reach even more advanced levels. This drill is designed to help advanced players develop higher shot tolerance while learning to quickly identify "opportunity" balls that can be attacked. Hit at least 2 balls into a right-handed opponent's backhand court, then on the next relatively short ball fed from the machine, attack that ball with an inside-in forehand to the opponent's forehand side. Hit it crosscourt or run around a backhand to execute this shot. The only rule is the machine is only allowed to feed 6 balls in each sequence before being paused. Therefore the hitter will be pressured to look for the first opportunity ball to attack on the 3rd, 4th, 5th, or 6th ball fed.

The Forehand Plus drill throws balls with moderate topspin and more arc giving the player more time to set-up for a forehand shot. This drill will accentuate the player's dominant forehand stroke while maintaining proper court position.

A six ball drill challenging the player to maintain dominant court position by using their forehand for every shot.

The Attack/Defend drill throws balls using greater ball speed and minimal spin making the player move in and out of the corners and across the baseline quickly. This drill will put emphasis on the mental and physical aspects needed to both attack and defend against your opponent's shots.

A six ball drill designed to teach a player to move in all directions from the baseline.

The Approach drill throws balls with various spins and arcs aimed for the player to approach into the court after playing an aggressive ball. This drill will promote correct approach and net position, along with the proper covering of the line.

A six ball drill emphasizing the approach from behind the baseline into the front court with balance and speed.

In addition, the Grand V is equipped with the most extensive 3-Line function found today. With its three versatile positional settings; Narrow, Medium, and Wide, you can groove your forehand and backhand ground strokes or use it as a great way to warm up your shots.

The Grand V is also equipped with the most revolutionary control panel and optional wireless remote control found today. The "Lexan" control panel utilizes "touch-buttons" instead of dials, knobs, and switches. It also has a digital LCD screen which allows you to view all menu selections and settings.

For operation of the machine while "on the fly", the Grand V has an optional 20-function wireless remote control available. The state-of-the-art compact controller allows you to adjust most every function of the machine with just a push of a button. Enjoy instantaneous changes in functionality like; play/pause, oscillation sweep, fully random, 3-line, speed, feed, spin, and much more.